I give you the Corndog Drill, a great skills test with a stupid name, because that's how we roll around here.

I stumbled upon a little challenge during a recent dryfire session. Firing two, two, two, bottom to top on three staggered targets to practice transitions made me bored. I got down to a pretty sporting time running from low ready at some insane distance (18m?) and there just wasn't any challenge left in the exercise. There doesn't have to be a challenge, but it sure helps keep me going.

I let my mind wander and it fell off the rails and started doing interesting sequences, and soon I realised I was STILL making the sporty par-time I was struggling to break earlier despite the more complex sequences and often additional transitions.

Getting my brain back into the training session had allowed me to push some boundaries. I ended up formulating the sequence show below, and I've followed it in a few dryfire sessions mostly for my own amusement.

Now the fun part, after doing the sequence, I'm able to beat my previously unbreakable par-times for string 1. That's basically a Bill Drill, but not because I'm not defining a distance (7yd) or a perfect score as part of the criteria. It's just six rounds and quickly as you possibly can into a single target whilst making six scoring hits.

The gif below lays out the entire sequence, I'll add the descriptions below but the animation should be all that's needed to get started.

30 rounds shot in 5 strings where the shooter decides the distance AND sets the performance standard.

The drill can be shot from any starting position and from any distance using any firearm that’s capable of firing six rounds in rapid succession without requiring a reload.

The first string sets the performance standard for the other strings. Your challenge is to meet or exceed your performance in string one on subsequent strings. This is both in terms of time AND score.

As a reference, the inventor, Corne van Driel from Welcome to the Gun Show did a 2.53s on EACH step +- 0.05s on his first ever attempt in live fire. All Alphas. I do have a fair bit of dryfire practice, which helped significantly.

Corn has managed faster times (1.93s) but with less score. The ONLY score requirement is all rounds on, mikes disqualify the run. And that string two through five meet or exceed the score of string one.

These runs were done at 7m, using standard IPSC targets from a competition rig with and iron sighted 1911.

BUT, this is only a reference, remember YOU set the standard on your first string.

Initial testing shows a great variance between shooters of various skill levels. We’ve yet to test this with rifles and shotguns. And we still need to evaluate the drill at different distances. The theory is that this is achievable at any distance with any firearm from any start position.

The drill has been run by multiple shooters, shooting various firearms, all at roughly 7m, both from concealment and from competition rigs. More experienced shooters appear to have little difficulty maintaining a 0.3s or better variance string to string whilst maintaining their set accuracy standard. (+- 0.15s essentially). Less experienced shooters showed significant variations in time between sequences, with string three and five taking the most time and/or causing the most significant drop in score.

The drill is new, it's been shot less than ten times in live fire by Corn. It's been shot by a handful of other shooters. A number of awesome people have offered to go run the drill from various positions with anything from pistols to shotguns and even a 45-70 lever gun.

I'd LOVE to see your results when doing the drill and if you could video it that would be fantastic! Let me know what you think, either by dropping a comment here or heading to the Facebook group. 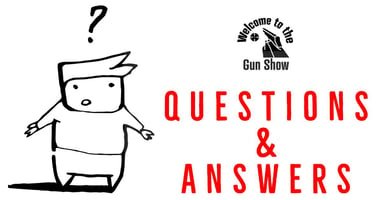 The Q&A show is made up of questions submitted by our audience.

This is our first Q&A show, proudly brought to you by dvctech.co.za 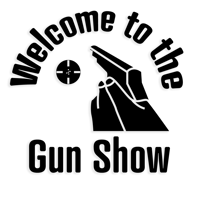 The first episode in our “What is this sport anyway?” series.